It was a little under a year ago that I declared Twitter back, baby on this blog. In that time, NewsBlur users have created over 80,000 Twitter feeds in NewsBlur. Since it’s such a popular feature, I decided to dive back into the code and make tweets look a whole lot better. 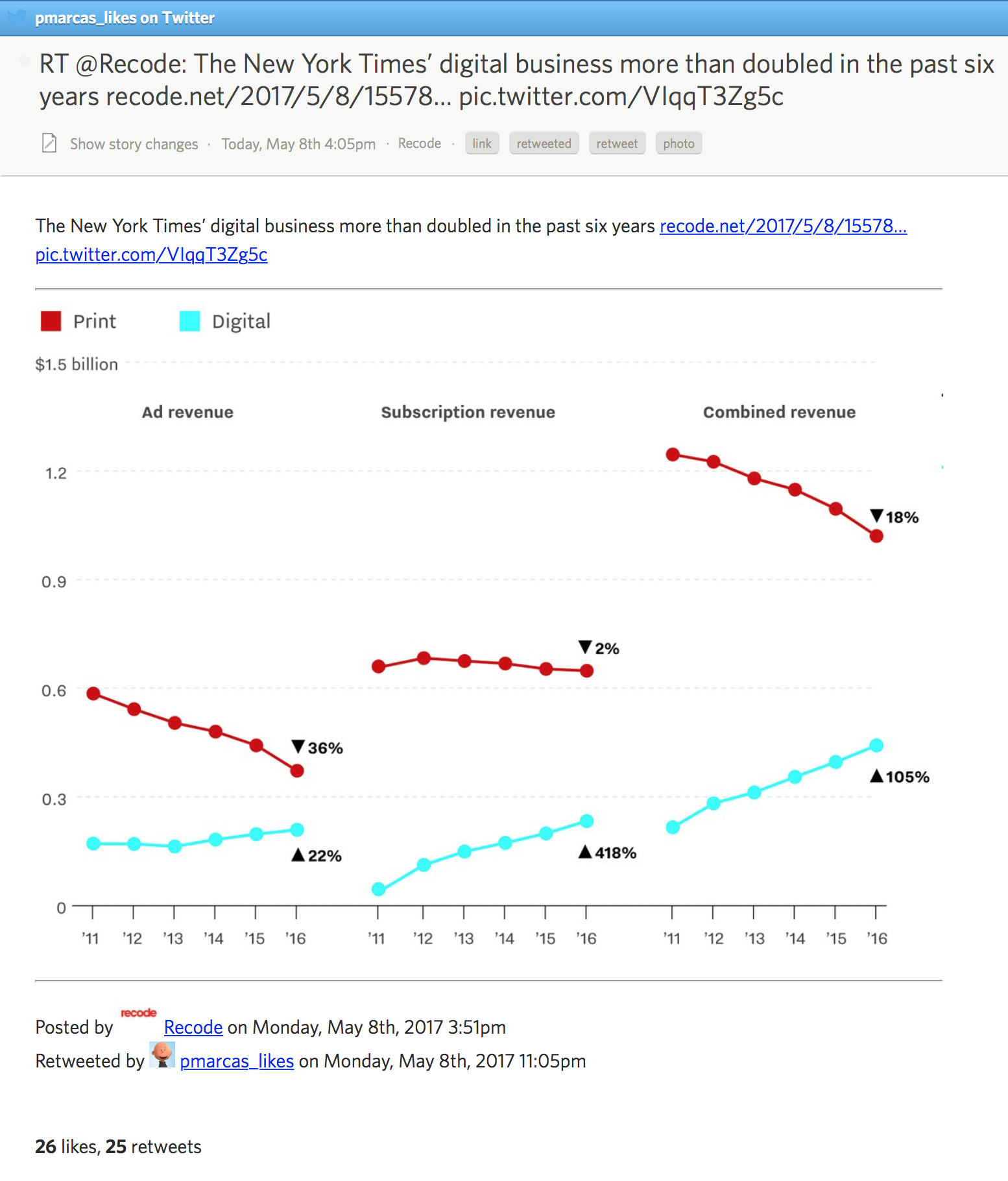 And NewsBlur also supports native quoted tweets, where a user links to a tweet in their own tweet. NewsBlur expands the quoted tweet and blockquotes it for convenience.

Plus retweets now show both the original tweet author and the retweeting author. This means that you can quickly scan tweets and see where the retweet originated from. And retweeted tweets that quote their own tweets also get expanded. 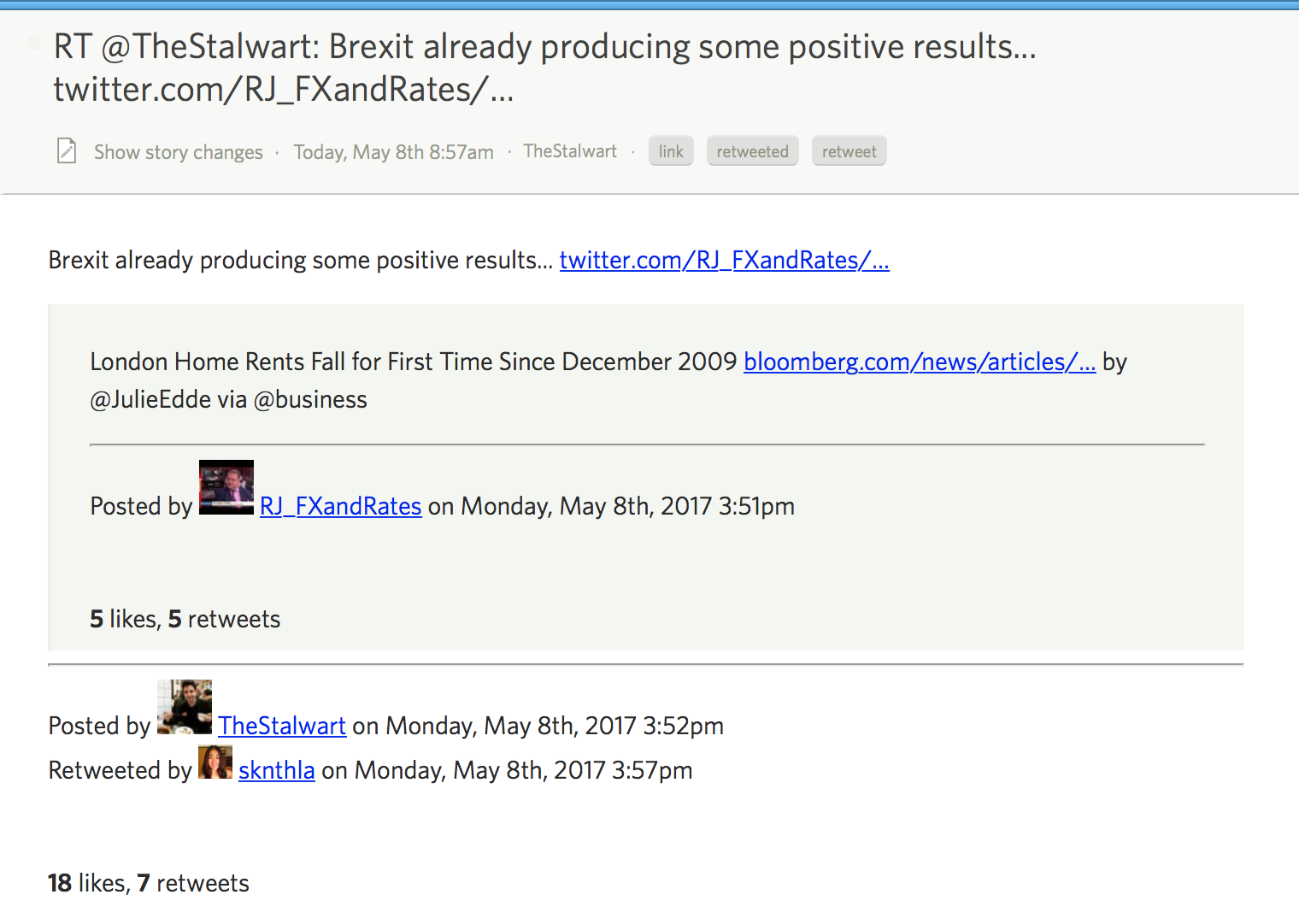 It’s almost as if NewsBlur is inching closer and closer to becoming its own full fledged Twitter client. While NewsBlur already hit Zawinski’s Law (“Every program attempts to expand until it can read mail. Those programs which cannot so expand are replaced by ones which can.”) by supporting email-newsletters-to-rss, Twitter is coming up fast.

Speaking of which, I have this idea I’ve been noodling about better supporting Twitter habits that need to become less of a habit. I want to be able to automatically follow people from my Twitter tweetstream in NewsBlur based the frequency of their posting. I want to be able to infrequently dip into Twitter but still read the tweets from people who only post once a week or once a day.

In other words, I want Twitter, the RSS killer, to better integrate with an RSS reader so that I can pull out the good stuff from the unending flow of tweets. RSS means never missing anything, but Twitter’s main use case is anathema to how we use RSS. I don’t like to preannounce features, but this one intrigues me and if you agree, please share this story to let me know or to give me feedback on how you would like to see NewsBlur be a better Twitter client.