Introduced and announced only last week by open web pioneers Manton Reece and Brent Simmons, JSON Feed is a new RSS-like spec that lets websites publish their stories in a much easier and human readable format.

From the JSON Feed spec authors:

We — Manton Reece and Brent Simmons — have noticed that JSON has become the developers’ choice for APIs, and that developers will often go out of their way to avoid XML. JSON is simpler to read and write, and it’s less prone to bugs.

Starting today, NewsBlur now officially supports the new JSON Feed spec. And there’s nothing extra you have to do. This means if a website syndicates their stories with the easy-to-write and easy-to-read JSON format, you can read it on NewsBlur. It should make no difference to you, since you’re reading the end product. But to website developers everywhere, supporting JSON Feeds is so much easier than supporting XML-based RSS/Atom. 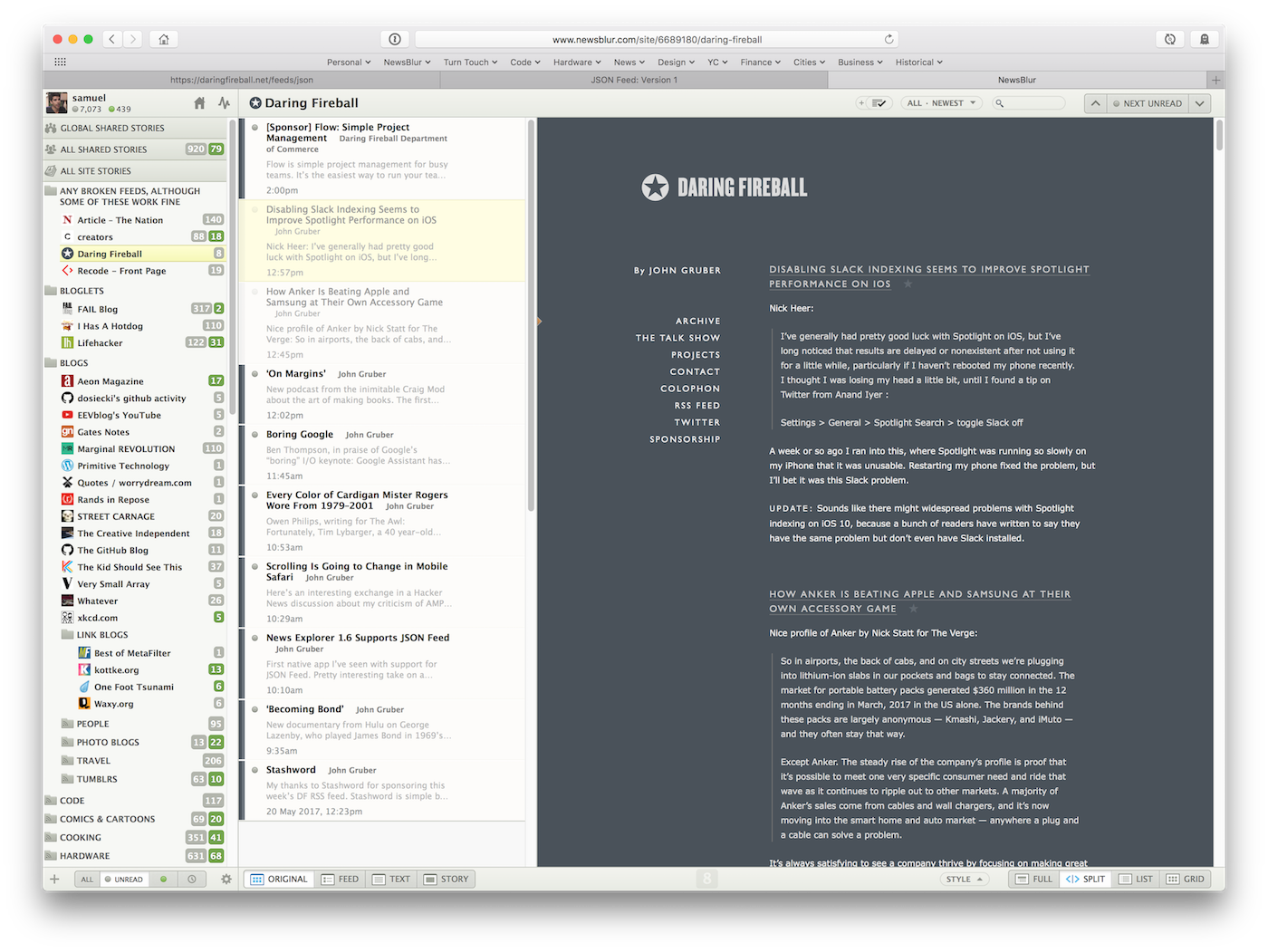 Daring Fireball, as pictured above, supports the new JSON Feed. To you, the reader, it should look no different than any other RSS feed. But to the developer, publishing this as a JSON Feed instead of XML is an order of magnitude easier and quicker.

This spec is a terrific effort by open web advocates to make it easier to keep the web open and free by lowering the cost to writing and publishing.

Try it for yourself, just subscribe to this feed: https://daringfireball.net/feeds/json. Even viewing it in a web browser is more pleasant than its XML counterpart.